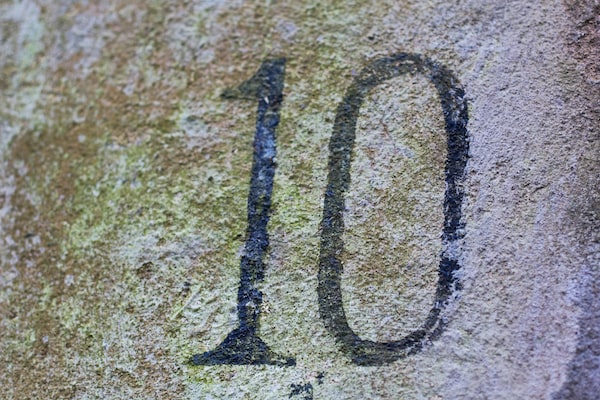 For better (no, not really) or worse (or the worst), 2020 will be unforgettable, decidedly incromulent.

But the need to keep the site going remains. So here’s ten stories that defined 2020, unranked and more or less in chronological order.

ICE-COLD OFFSEASON
I suspect January 2021 will be even more frigid, but the early part of the 2019-? offseason was marked by an absolute dearth of signings, releases, etc. At one point in early February 2020, there had been three (3) transaction posts in BA since the World Series ended. Ordinarily, in that amount of time – 14 weeks or so – there’d be at least eight or nine.

THE PANDEMIC
In my day job, I do a fair amount of email newsletters. So I was aware of COVID-19 earlier than the average bear, but since the regime in place was doing its level best to suppress, deny, or other obfuscate the truth, it felt more like Zika or SARS: something bad that happened far away, but wouldn’t happen here because we had things in place to prevent it from coming to the U.S. Oops.

I was in Greenville, SC when the shit hit the fan on March 11, which seems more like two years ago than 10½ months ago. I don’t think I can say that I nailed it, but I do think I was close to sensing that the world had shifted. And we’re still waiting.

THE PURGE
While you can make the argument that the free-agent market was slow because of the impending contraction (more later), there’s no way MLB could have known that the pandemic would cancel the minors for 2020 or that they would end up having to pay minor leaguers $400 a week for at least two months. Of course, the Nats being the Nats, went Roseanne-singing-the-anthem tone-deaf by attempting to cut that figure to $300 a week before the major leaguers publicly shamed them into reversing that decision. The next day, they announced the release of 39 players.

ABBREVIATED DRAFT
The 2020 Draft was already going to be shortened. That had been announced at the same time as the hit list in the fall of 2019. It just wasn’t clear by how much. But like anything and everything else, the pandemic “helped” accelerate the process. By late March, while negotiating the 2020 regular season and the playoffs, MLB secured an agreement from the MLBPA to shorten the 2020 draft from 40 to five rounds and the 2021 edition to 20 rounds. It would also be in mid-July.

Some folks may get their undergarments displaced by that last part, but this may be one of those rare things that MLB got right. Compared to the NFL and NBA counterparts, the MLB draft is not the spectacle those two are. While all drafts bore me to tears – if you turn off the sound and watch it side-by-side with CNBC, the presentation is the same – I understand how that helps with PR. And holding this during or near the All-Star Break (and after the College World Series) just makes more sense.

CANCELED SEASON
The plug on the 2020 minor-league season was finally pulled on June 30. This was the first time ever – including both World Wars and the 1918-19 pandemic. The tea leaves were there for the reading once the purge was done, but it wasn’t official until MLB said it would not be supplying players. The economic fallout is still yet to be determined.

MLB is crying poor …Forrest Gump pause… again but the evidence does not support that delusion. However, Minor-league owners are only millionaires compared to MLB’s billionaires and don’t have the kind of independent revenue streams (read: TV) to fall back on.

ALTERNATIVE TRAINING CAMP
Speaking of millionaires vs. billionaires, once MLB and MLBPA agreed to the terms for the 2020 season they announced a 60-player pool from which teams could draw in lieu of the minors. (Far too) much was made out of who was named and who was not, but it was that we had to go on. The Nats being the Nats, Fredericksburg was cut off from the public, reporters, and other teams. As noted in the comments, this is something to keep an eye on in the post-pandemic world (e.g. spring training), given the Nats’ love of controlling information.

THE LIST GROWS AGAIN
While all teams have players pinged for PEDs, the Nats have a LONG list of suspensions. Tres Barrera became the latest in July and kept alive a streak of at least one player suspended to six seasons. Since the franchise relocated from Montreal, that’s been 13 of 16 seasons.

KIEBOOM, GARCIA DEBUT
The CW was that the Nats let Anthony Rendon go after the World Series because they had a younger (cheaper) guy in Carter Kieboom who was on the verge of breaking out. Starlin Castro was brought on as a safety valve, but also to hold the fort until such time that another young stud (Luis García) would be ready in, say, 2021. This being 2020… things do not go as well, planned, or expected.

Kieboom, who had a good AAA season in 2019 but faded down the stretch, did not prove his doubters wrong, at least on offense: .202/.344/.212 in 33G. Castro broke his wrist, forcing the Nats to call up García, who did surprisingly well… but also had some alarming splits (.286 OPS vs. LHP, .800 vs. RHP) and drew just five walks in 40G. Both players graduated from prospect status and one or the other could conceivably begin 2021 in AAA.

CONTRACTION
What should have been a slight distraction once the season started (admittedly) became an obsession in lieu of a season. The original “hit list” turned out to fairly accurate, with a couple of surprises—Somerset replacing Trenton easily the biggest—and some drama on both coasts (Staten Island and Fresno).

No one disputes that an overhaul was probably long overdue. Indeed, many inefficiencies had cropped up to the point that organization were willing to buy teams at a premium to avoid an undesirable affiliation, especially in the California League.

But as Field of Schemes author Neil DeMause pointed out in his definitive summary of the MLB takeover of MiLB, taxpayers have paid $249 million to build or renovate the 18 or so teams that have neither an affiliation nor a league in place for 2021.

And this story is not yet finished. Teams that were invited earlier this month were required to sign a non-disclosure agreement (NDA) and waive their right to sue in order to receive the full player development license (PDL). Then, they have 30 days from signing the NDA and waiver to agree to the PDL. Thus, it’s possible for some teams to back out, but we’ll likely never know who or why.

Which is. Just. How. MLB. Wants It. As the buzzword goes, more to come…

NEW AFFILIATES: ROCHESTER AND WILMINGTON
For ten seasons prior to this lost one, it was something of a sport for us to complain about having the worst facilities in the South Atlantic League and the Carolina League. A side attraction was the quest to either relocate or build a new stadium.

After changing AAA affiliates twice in four years (New Orleans, Columbus), the Nats appeared to have settled in upstate NY for the long haul after winning over Syracuse. That came crashing down in October 2017 when the N.Y. Mets, who had been exiled to Las Vegas since 2013, put an end to that problem by purchasing the Syracuse franchise. Despite more than a year’s notice, the Nats were unable to prevent the same problem (east coast team with a west coast affiliate), which led to a shotgun marriage with Fresno for 2019.

Perhaps coincidentally, I had noted that Rochester was having stadium issues in early 2018 that could have been exploited by the Nationals, much the way Houston just did with the Sugar Land Skeeters, and solve the Fresno problem once for all.

Now, with the benefit of hindsight, it would appear that that was unnecessary because the Luhnow plan (a.k.a. contraction) was probably already in motion. Nevertheless, Rochester became the first of the two dominoes to fall between Hagerstown and Fresno. The AAA problem had been solved.

Three weeks later, the last shoe dropped: Wilmington became the fourth full-season affiliate. It’s still not clear how this will work, but at the same as the Blue Rocks were revealed to have joined the fold, they were named as the Nats’ High-A affiliate to the new Mid-Atlantic League.

The Fredericksburg (neé Potomac) Nationals are now Washington’s new Low-A affiliate, presumably with the South Atlantic League, but again, it’s not clear how that will work, either. Has the Carolina League been folded? Or has it, too been “demoted?” Like the contraction story, the details are still not finalized and probably won’t be for another month or so.

This is probably just as well given that we’re about to enter the 17th month of the current offseason. We’re gonna need something to talk about…