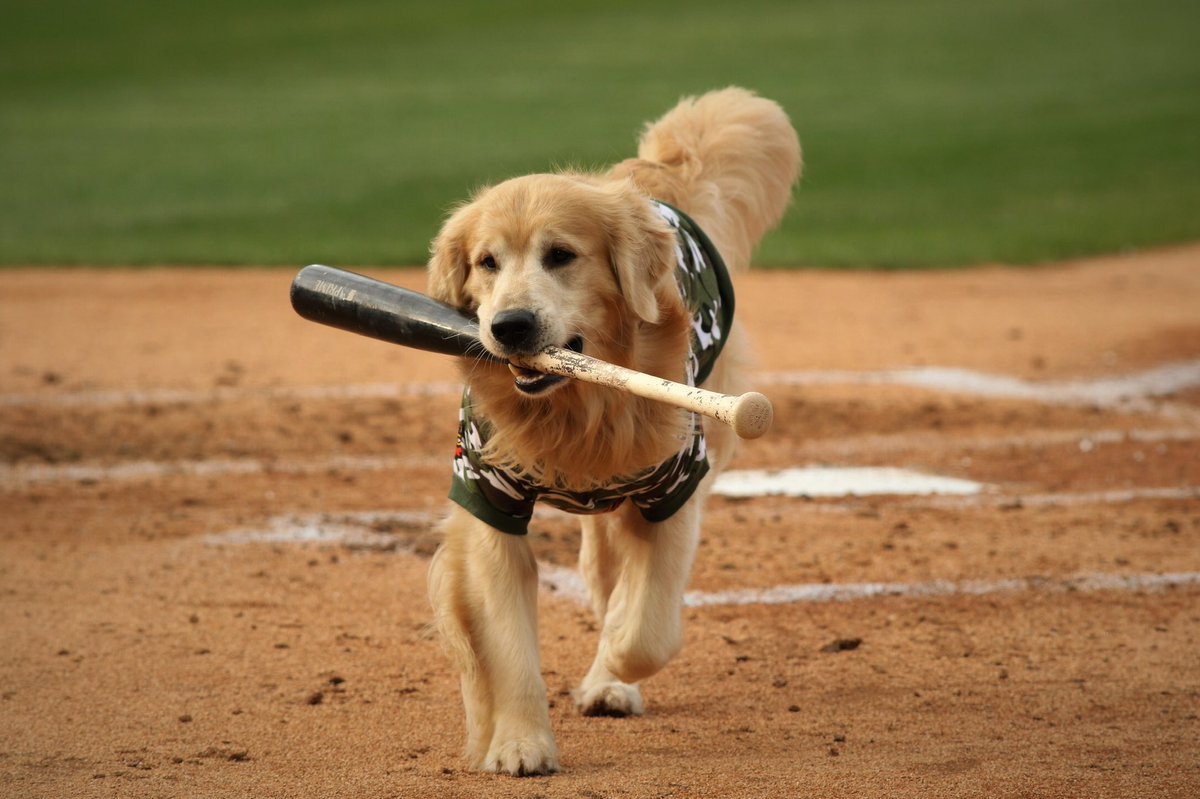 In the 21st century, a tweet can launch a thousand stories, even if it’s from a deranged lunatic.
But enough about Elon Musk.

I’m proud I secured a commitment from the @Nationals to ensure new Major League affiliate for Rochester Red Wings to keep Red Wings ‘safe at home’.

There’s no doubt @RocRedWings will keep knocking it out of the park for fans throughout the Rochester Finger Lakes region.

Setting aside this was about as much a secret as Rudy Giuliani’s dye job or that the decision was MLB’s not the Nats’, or that Sen. Schumer had as much to do with this as you or I did, the first of the two biggest questions for the 2021 Nationals affiliation has apparently been answered.

Before I continue, let’s pause for a minute to celebrate that we now have a bat dog in our midst, as Milo (pictured above) introduced himself to the Natmosphere.

With the AAA problem solved, we turn to the next biggest question: Which team will be the fourth, joining the ‘burgs?

You’ll note that I didn’t specify which level. For those who don’t follow the comments, the formation of a new High-A league – the Mid-Atlantic League, but I’m offering up the name of The EZ-PASS league – complicates matters because there are several plausible scenarios in which the Carolina League drops its teams north of the Carolinas. Here’s one from frequent commenter SaoMagnifico:

In this scenario, Wilmington is the most logical fit, given that it’s all-but-certain that Brooklyn (NYM), Hudson Valley (NYY), Lowell (BOS), Jersey Shore (PHI), and Aberdeen (BAL) will retain their pre-2020 relationships with their respective parent clubs.

Unfortunately, we have to hearken back to the word “several” (that’s why I bolded it) and remind ourselves that MLB is making the decisions:

(My apologies in advance for using multiple cheap blogging tricks).