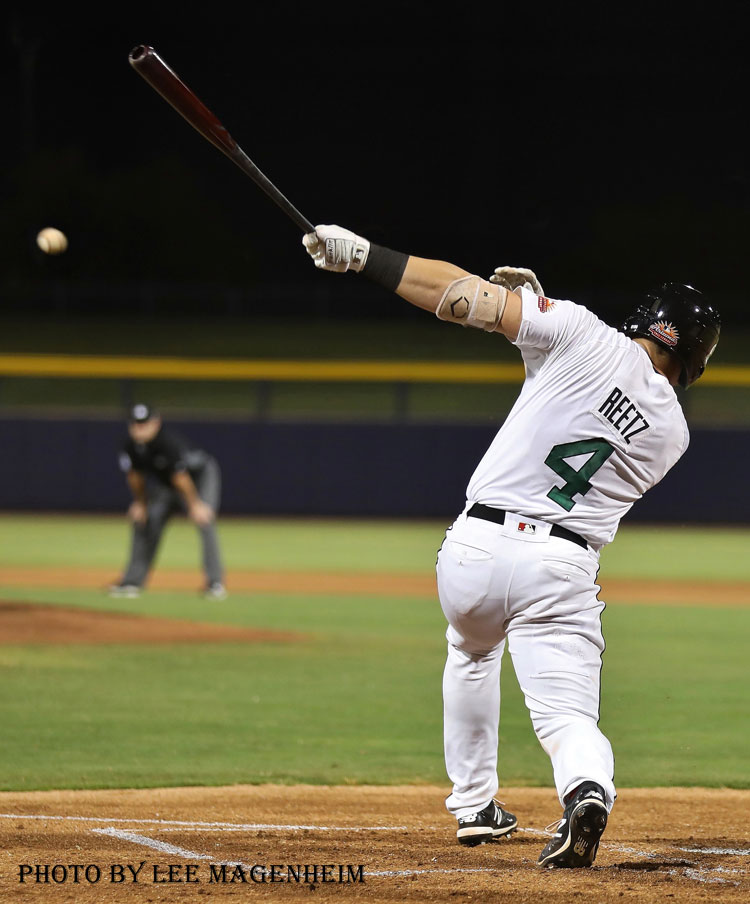 The Sagauros dropped a four-spot on the Javelinas twice – once in the 3rd to break open a 1-0 game and then again in the 7th to turn a 7-4 lead into the final 11-4 score.

Of course, it wouldn’t be the Nationals without a top prospect getting hurt. Our eyes in the field, a.k.a. Lee:

Garcia dove for a ball and stayed down for a few minutes, left the field under his own power and fired his glove into the dugout wall. No word on what he injured.

Presumably, that means Garcia’s right side is intact, but the left side is another story. Fingers (and toes) crossed it’s just a bad bruise and/or an abundance of caution.

Garcia had been up to bat three times prior to the injury, walking twice and grounding out. He had one assist.

Jakson Reetz (pictured above) caught the game and batted third behind Garcia. The 23-y.o. cornhusker also walked twice and singled once and scored all three times he reach base to push his fall line to .348/.370/.441 is six games.

Nick Raquet bounced back from his last outing to strand two in the 5th and pitch a 1-2-3 sixth for his third hold in four appearances. He struck out two while retiring all four batters he faced.

Jacob Condra-Bogan worked around a single—the first he’s allowed in three appearances—in the 9th to maintain his zero ERA. He was the only Surprise pitcher not to strike out a batter, as his teammates fanned 14 over the first eight innings.

The two teams rematch on Tuesday, then the Sagauros hit the buses for their second road game not Peoria on Wednesday.