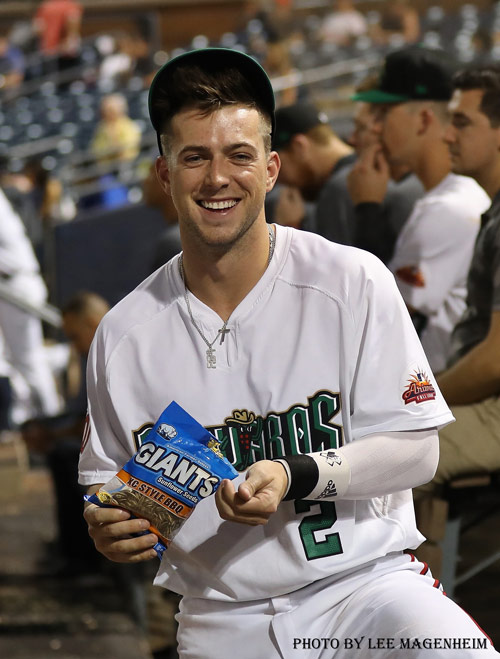 The Sagauros’ streak was stopped last night with 2-0 shutout on six hits by the Scorpions.

Cole Freeman, pictured to the right, led off and played centerfield for Surprise. He was the only National to appear in the game.

Freeman led off the first with an infield single and took second on a wild pitch, where was he was stranded. It would be his only appearance on the basepaths.

In the outfield, Freeman was busy – he caught four fly balls and fielded five hits.

The loss drops Surprise to 7-2 on the fall campaign, which is still good for first place and a two-game lead over Peoria.