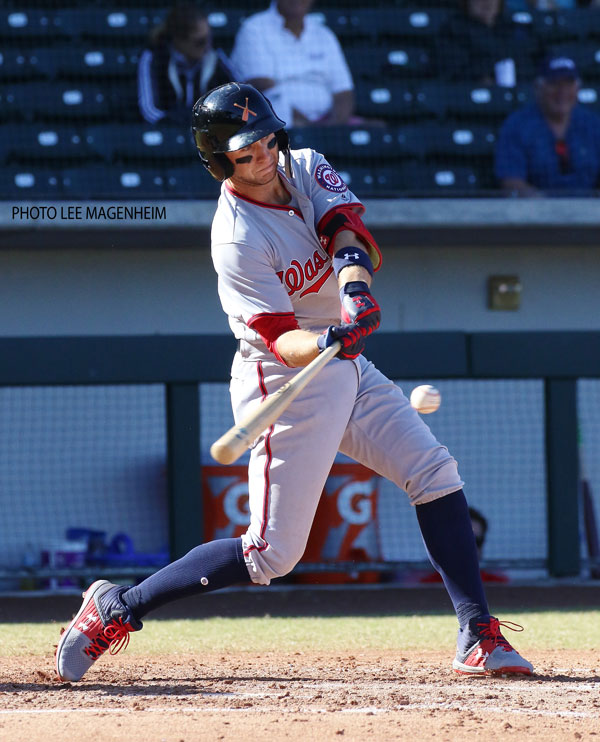 Back-to-back two-out singles in the top of the 9th enabled the first-place Rafters to draw even with the second-place Solar Sox to tie the game at 4-4.

But the spectre of a bad bullpen that haunted the Nationals in 2018 regular season somehow made its way to Arizona again as Mesa got a run in the space of three batters (walk-single-single) for a 5-4 walkoff win.

Daniel Johnson, Carter Kieboom (pictured), and Jake Noll played the game in center, at short, and at first, respectively.

The two teams, separated by 2½ games in the AFL East, rematch tonight in Salt River.