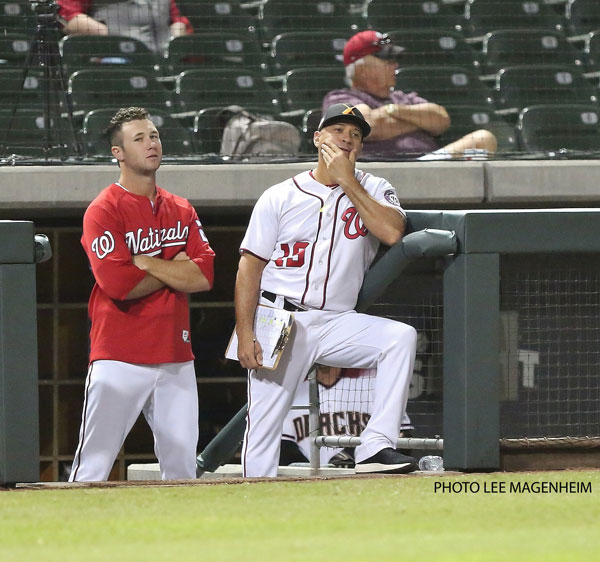 No game last night, but an observation from Lee: “Carter reminds me of when Bryce was here, always around the manager or coaches listening and learning.”

TRANSACTION/FREE AGENCY UPDATE
Before I list out the free agents, courtesy of Baseball America, there were two re-signs – RHP Aaron Barrett and SS Bengie Gonzalez. Otherwise, you’ll see that most of the guys listed are the year-to-year guys, i.e. those who have earned six-year free agency. There are some notable homegrown players (Abreu, Norfork, Valdez, the other Harper), but no one that should surprise you. If you are, perhaps you’d like to buy this waterfront property?