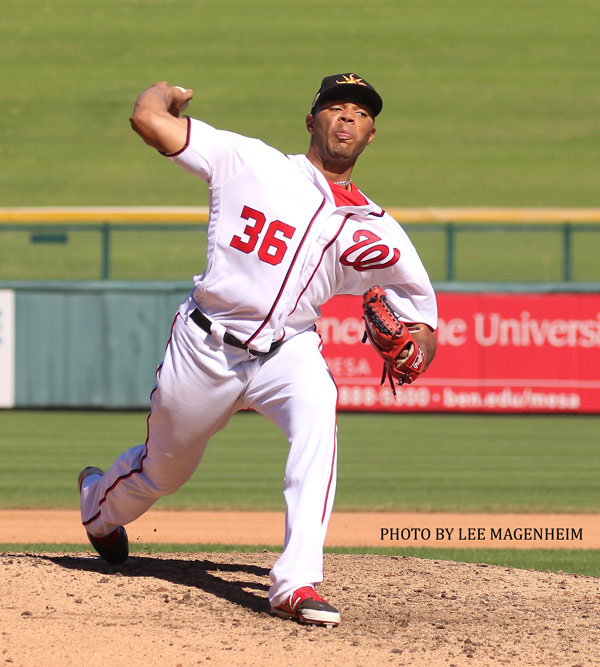 The Solar Sox scored seven in the 8th to turn a 6-2 deficit into a 9-7 win to close out the week.

Daniel Johnson was the sole Nationals position player to appear in the game, but he was 0-for-5 with one whiff. Defensively, he made two putouts and had five touches total.

Dakota Bacus was the first reliever out of the Mesa bullpen but was stung for a two-run homer in his sole inning of work. He labored through 21 pitches (12 strikes) to get through the 4th.

Jimmy Cordero (pictured above) gave up a hit but maintained his 0.00 ERA with a scoreless inning while striking out the side. He threw 14 pitches, 11 for strikes.

The Solar Sox return to action tomorrow in Salt River as they play five day games this week before Saturday’s Fall Stars game. Be on the lookout for a case of Hellenic flu to get Victor Robles into the game as a replacement.