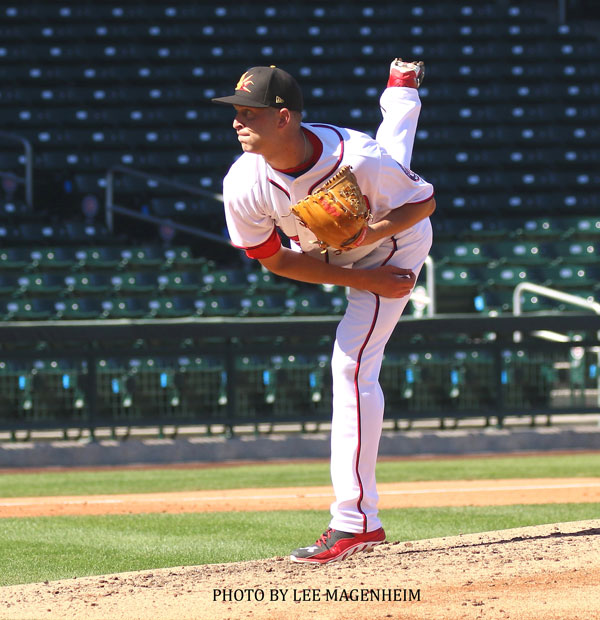 Victor Robles homered with two out in the 3rd to tie it at 1-1 but that was it for the Solar Sox, as they let in two runs late to lose, 3-1 to the Scorpions.

Kyle McGowin (pictured above) allowed one run on eight hits over four innings for a no-decision. He walked none and struck out six, and despite the large number of hits, got his 12 outs on just 52 pitches (40 for strikes).

Robles, who was the DH, went 1-for-4 overall with a strikeout. He was joined in the lineup by Daniel Johnson (RF) and Taylor Gushue (C), but the two combined to go 0-for-7 with two strikeouts.

Dakota Bacus and Jimmy Cordero also appeared in relief. Bacus struck out the side in the 6th on 11 pitches while Cordero worked around an error to lead off the 7th and threw 10 of 12 pitches for strikes to maintain his 0.00 ERA.