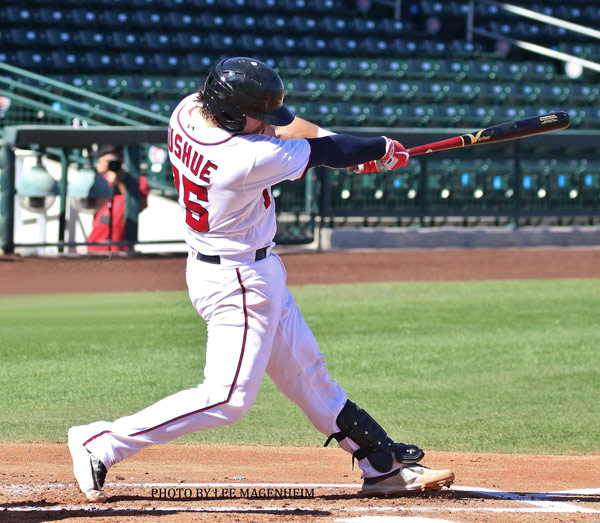 For a second straight game, there was a sizable Nats presence in the lineup.

Taylor Gushue, who started behind the plate, singled and homered (pictured above) to have his first multihit game of the fall. He also scored twice. Defensively he threw out one out three baserunners trying to steal.

Daniel Johnson, the Solar Sox right fielder, singled, stole second, and scored in the 1st inning. He finished 1-for-4 and made one putout.

Victor Robles led off but went hitless with both the bat and the body in four trips to the plate. He had three putouts in center field.

Austen Williams was the first man out of the Sox ‘pen and gave up a run on one hit and a one walk over two innings.

The two teams rematch this afternoon and will switch venues, so we’ll see tomorrow how Mesa played in Peoria.