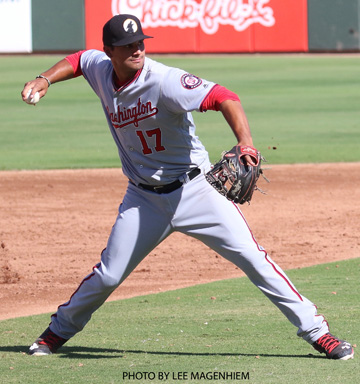 The Desert Dogs rallied from 7-1 to take an 8-7 lead but couldn’t answer the Saguaros in a 10-8 loss on Saturday.

Austin Voth got the start but was lit up for seven runs on six hits (one home run) and three walks over three-plus innings. He struck out four and threw 51 pitches, 31 for strikes, excluing an errant pickoff throw for an error.

Nick Lee also made an appearance, pitching a 1-2-3 eighth on 14 pitches (eight for strikes).

All three Washington position players appeared in the game:

Glendale remains on the road with a night game tomorrow in Scottsdale.