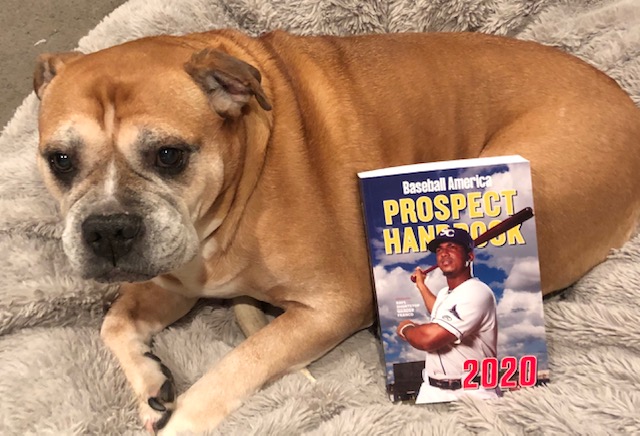 The 2020 BA Prospect Book arrived this week. After having the senior member of our staff review it, let’s go over what she found.

With Victor Robles finally graduating, the Nats tumbled from #16 to #23 in the organizational rankings. I guess we’ll just have to console ourselves with a World Series trophy.

If your thing is ranking by position, Carter Kieboom was the #3 shortstop, Luis Garcia, #19 (never mind that neither is likely to play shortstop for Washington, though perhaps elsewhere). Jackson Rutledge was the #29 RHP.

For the third straight year, there are eight players who are (or will be) 25 or older by the end of 2020, with six of them turning 26 (and one turning 27). That’s bound to happen with the Nats drafting consistently from the collegiate ranks (16 of the 30, 2 from JuCo’s).

I’ll close with the Top 15 for 2020. Last year’s ranking (if applicable) is in parentheses.