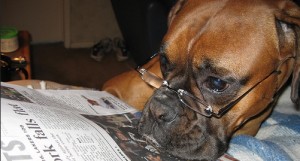 This winter, it feels like I’m hitchhiking along Route 50 in Nevada. The news about the minors has slowed to a coma and what’s usually the most reliable news peg – transactions – has been almost non-existent. Until this past Friday.

Hold on to your hats, because there are not one, but TWO line items to pass along:

Of course, this is not news. This is dog bites man. An IFA getting assigned to the DSL is like discovering a frat boy has rich parents. But it’s all we really have right now.

Baseball America has turned its attention almost exclusively to college baseball, the draft, and remarketing its prospect handbook for fantasy baseball.

The Associated Press took time off from the morality play that is the Houston Astros scandal to pass along word that MLB will raise MiLB salaries in 2021, albeit from migrant farm worker to suburban media courier.

Finally, the folks over at Fangraphs have delved into the minor-league contraction issue, and come to the conclusion that many reached early on, that this not about making life better for the minor-leaguers, it’s this:

By creating greater supply than demand, MLB can then force more favorable terms on potential affiliates and keep current affiliates in line. The prospect of losing affiliation would serve to drive down a minor league team’s value in potential sales if an MLB team wanted to swoop in, or else keep the minor league franchise more dependent on MLB to maintain its value.