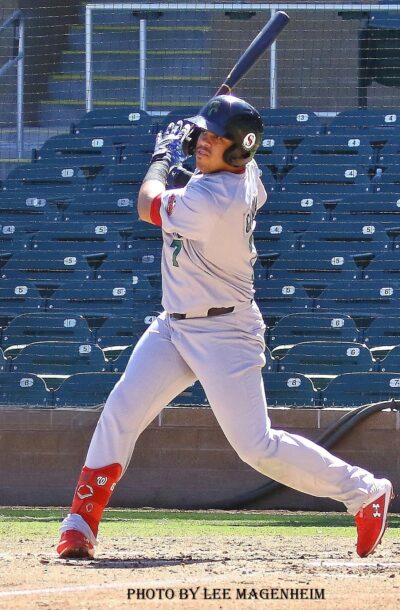 The Sagauros dropped their third straight game, losing 6-4 to the Rafters.

Luis Garcia and Nick Banks were the only two Nationals to appear in the game.

Garcia played shortstop and batted second. At the plate, he went 1-for-3 with a walk, a double (pictured), and an RBI. In the field, he had three assists and two putouts.

Banks batted fifth and was in right field. There, he fielded two flyouts and three singled. He struck out three times in four at-bats to drop his fall average to .214 (6-for-28).

Today is the final Monday off day. Surprise plays day games on Tuesday, Wednesday, and Thursday and a night game on Friday. Saturday is the Fall Stars game. Rosters have not yet been announced.