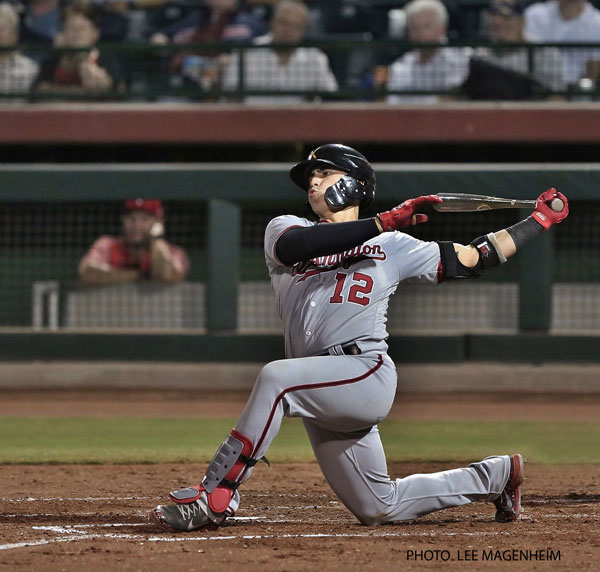 After just one player appeared in Wednesday’s game, six Nationals appeared in yesterday’s AFL contest, which the Rafters lost 6-5.

Salt River (8-6) plays this afternoon in Peoria (9-5), then tomorrow at Talking Stick, when “L.L.” Reyes is expected to start for the second time this week.