The Rafters drop their first day game of the 2018 slate. 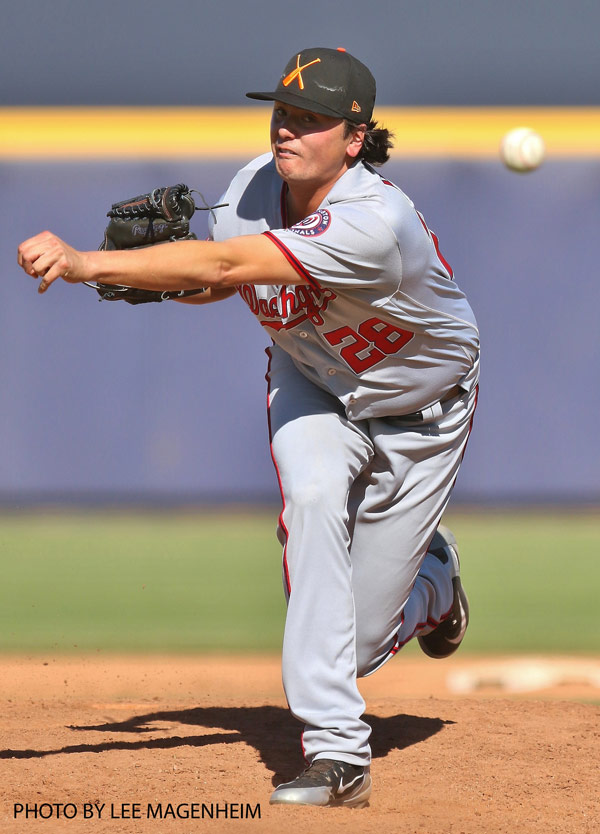 Salt River’s 4-0 after 4½ innings lead didn’t play well in Peoria as the Javelinas scored 13 unanswered runs, including eight runs in the 5th, for a 13-4 win over the Rafters.

Carter Kieboom returned to shortstop and batted cleanup but only drew two walks and scored a run. He took part in a double play and had four assists total while making two putouts.

Daniel Johnson was put in left field and had one putout and did not butcher the two singles hit his way. At the plate, he batted eighth and had two whiffs – two of thirteen on the afternoon by Salt River batters.

Ben Braymer was the first man out of the ‘pen and retired the first man he faced to get out of the 4th, stranding a runner. It was also the only out he would get as the Javelinas got to him for three walks and a hit before he was lifted with no outs in the 5th. He also balked.

All four runners would come around to score as part of the aforementioned Peoria merry-go-round, which was stopped when Jordan Mills got the third out of the 5th, albeit after giving up a single and throwing one past the backstop. He would also strand a runner.

After getting the leadoff man on a 6-3 groundout to start the 6th, Mills hit a batter and walked a batter in the 6th before dialing a 6-4-3 DP to end the inning and his outing.

The Rafters return to night baseball with a visit to Mesa at 6:35 MDT today. Luis Reyes is scheduled to make his second start for the Rafters, looking to improve on a 37.80 ERA and a 5.40 WHIP.