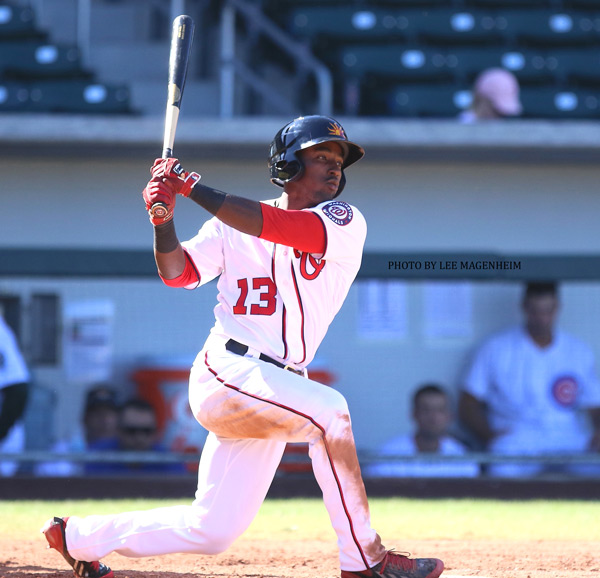 Mesa rallied for five in the bottom of the 8th but still fell one run short (how novel) for a 9-8 loss to Peoria.

Daniel Johnson (pictured above) led off and played right field. He reached base three times with a walk in the 1st, a single in the 2nd, an a single in the 8th. He scored twice, stole two bases, and drove in two. Defensively, he made three putouts and threw out a runner trying to advance to second on a two-out RBI single.

Kelvin Gutierrez started at third base but was removed when his hand was stepped on in a play at third base in the top of the first inning.