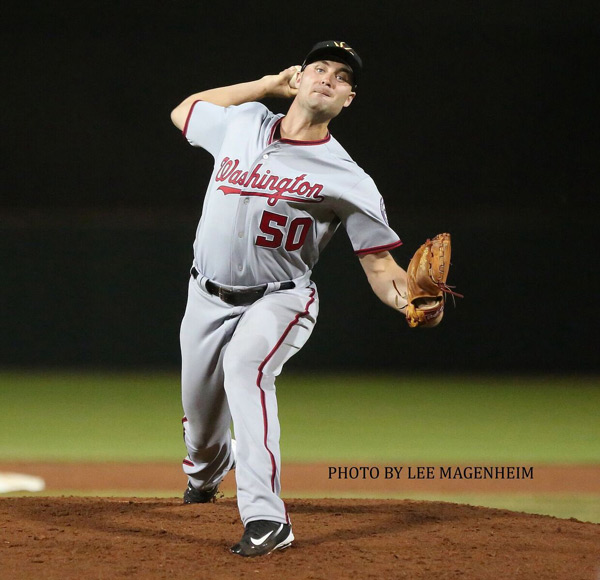 The Nats’ 2017 entry in the Arizona Fall League—the Mesa Solar Sox—hit the ground face-first as the Scottsdale Scorpions dropped a four-spot in the 3rd and a deuce in the 4th en route to a 7-4 win.

Just two Nationals appeared in the game. Dakota Bacus (above) came on to put out the fire with two outs in the 4th. He stranded one runner, then pitched a 1-2-3 fifth to finished with one and 1/3 scoreless innings pitched with one strikeout.

Kelvin Gutierrez (below) got the start at third base but went 0-for-4 at the plate and made an assist on a groundout in the 5th.

The two teams switch venues and play day game this afternoon. Mesa plays day games the rest of the week before an off day on Sunday.

As noted in the comments, Daniel Johnson has replaced Victor Robles on the Mesa roster. There has been speculation that Robles will join the team if/when the Nationals are eliminated from the playoffs, but nothing official has been released. 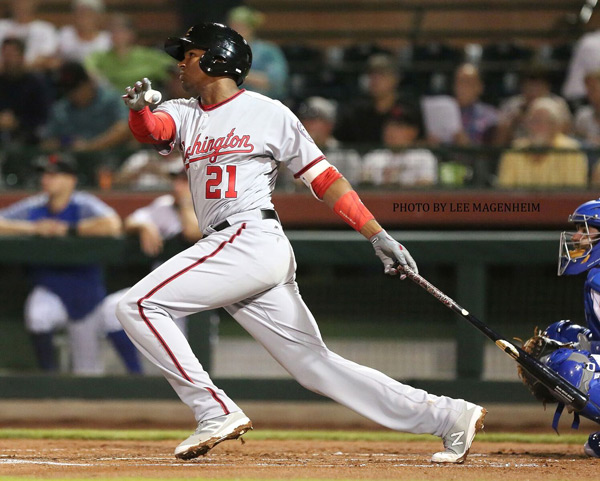