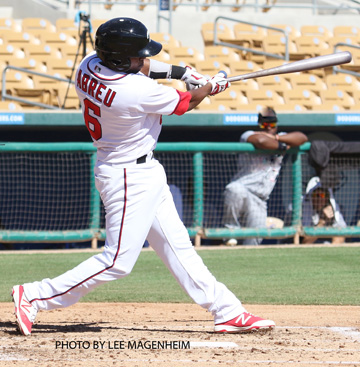 Glendale rallied for three in the bottom of the 7th to take a 7-5 lead but the ‘pen gave away five unanswered runs for a 10-7 loss to Mesa.

The Desert Dogs stay at home this afternoon to host the Rafters. Austin Voth is slated to start for Glendale.

UPDATE: District on Deck has a season review of the Hagerstown Suns, featuring an interview with manager Patrick Anderson. Check it out.