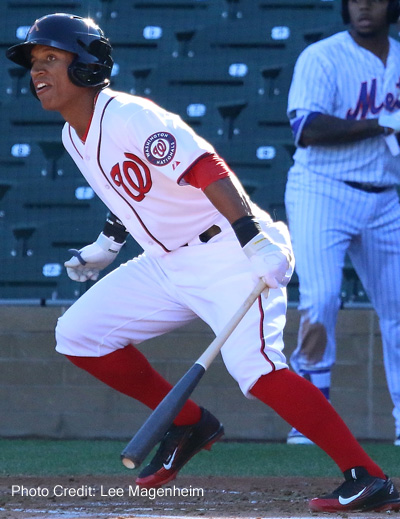 Salt River scored twice in the 1st and held on to the lead for a 4-2 win over Mesa to stave off elimination.

Two Nationals appeared in the game.

John Simms got the start and went three innings, allowing one run on four hits and a walk while striking out two. He threw 45 pitches, 33 for strikes. He was credited with the win, his fourth in five starts for Salt River, and has posted an ERA of 1.88 and a WHIP of 1.21.

The two teams switch venues for this afternoon’s game. Scottsdale, which must lose for Salt River to have a shot at the title game, hosts Peoria tonight. The Rafters and Scorpions close out the fall season with a game tomorrow afternoon.