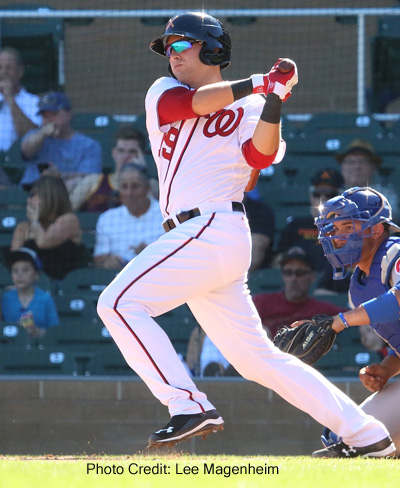 Spencer Kieboom and Christopher Bostick both singled in the bottom of the 9th as Salt River rallied for two in a 5-4 walkoff win over Mesa.

Kieboom, who was lifted for a pinch-runner with one out, led off the final frame with a safety to center for his third hit of a 3-for-4 afternoon. He batted seventh and played catcher and also drove in a run.

Bostick scored the game-winner ahead of Roemen Fields’s two-run triple after he singled to right for his lone hit in a 1-for-4 game. He struck out twice and started a 4-6-3 DP in the 1st, the first of three assists he tallied at second base.

Dakota Bacus made his third appearance in the 6th, retiring two of three batters faced before he was lifted for a southpaw after giving up a single.

Salt River returns to action tomorrow with the first of three home-and-home’s against Scottsdale, Peoria, and Surprise. After two weeks of play, the Rafters are 5-4 and lead the AFL East by one game over Scottsdale.