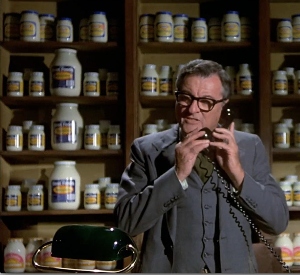 Jonathan Mayo of MLB.com has released the 2014 edition of his Top 100 prospects with two Nationals making the cut.

Coming in at #44, it’s a kid from Southern California, and the Nats’ #1 pick in the 2012 Draft, Lucas Giolito(sorry for the Casey Kasem lead-in; kids have been watching Scooby Doo a lot lately)
He was ranked #74 last year despite having thrown just two innings and was in recovery from Tommy John surgery. As reported by MASN’s Byron Kerr earlier this month, Giolito is expected to begin 2014 in Hagerstown, though it’s less clear that he’ll pitch immediately. Previous HS picks Robbie Ray and the next guy were held back until May at the same age/stage without having had surgery. Taylor Jordan did start his second season after TJ surgery in April 2013 though he was much older (24 vs. 19) and much more experienced (248⅔ IP vs. 38⅔ IP).

A.J. Cole moved up 22 spots from #91 to #69 after the Nationals re-acquired him a year ago in the Michael Morse trade. Cole had gotten lit like a sailor on leave (7.82/4.99/1.84) in the High-A California League the previous summer, forcing a demotion to Low-A Burlington (IA) where he rebounded to a 2.07/2.74/1.01 line and a 6-3 record. Cole fulfilled Washington GM Mike Rizzo’s assertion that the Nats “pitching people will straighten out his delivery” as the 22-y.o. made 18 starts for Potomac and seven for Harrisburg for a combined record of 10-5 with a line of 3.60/2.91/1.12 and peripherals of 2.1 BB/9 and 9.5 K/9. Cole will most likely return to Harrisburg for more seasoning, as scouts believe his secondary offerings (CH, CV) still need further development.

Last year, four Nationals were ranked. Anthony Rendon (#28) graduated to the parent club while Brian Goodwin (#52) fell from the list, which saw 35 new names thanks to injuries, underperformance, and of course, the next wave of draftees.