It’s post-mortem season on the beat writer side and Cade Cavalli cheerleading over at Baseball America. 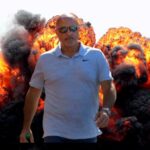 STATE OF THE FARM
Mark Zuckerman’s article (linked above; warning – the reasons for the “MASN Commenter” trope are in abundance) gets to the perennial chicken-and-egg question about the failure to draft or the failure to develop. Obviously, it’s both, with a hard lean toward the latter. The evidence? Every list of relievers drafted by Washington but pitching elsewhere.

What continues to confound me is how Washington can identify talent on other teams’ rosters, trade for them, and turn them into either useful players or subsequent trade chips. It would seem to me that this could be done sooner, i.e. before that talent is drafted elsewhere.

The early returns on the 2021 draft are promising, but as yesterday’s GBI showed, you can take a look at the guys who were all that and bag of chips from past GBIs at the GCL/Auburn levels and you get a lot of this. Find me one that wasn’t an IFA or a high draft pick [insert Seth Romero joke here].

Like I wrote two years ago, things are better than they were, but I’m having a hard time believing the cycle won’t repeat itself if they don’t do better with the non-IFAs and lower-level picks.

KEEP YOUR EYE ON THE CBA NEGOTIATIONS
The upcoming CBA could potentially change things that affect the minors. For example, MLB could decide that it can no longer tolerate tanking (2021 was the second 162-game season with four 100-loss teams, the first was in 2019) and implement an NBA-style lottery. Or it could decide that maybe an NFL-style schedule might help, though it would probably have to be limited to interleague play and by geography (which would also preclude any pipe dreams of English-soccer-style relegation).

Probably the biggest sea change would be an international draft, however, five years ago it was considered a stumbling block when things were relatively amicable between MLB and the MLBPA. Things are much more contentious now, and I’d like to think that some of the veterans are starting to notice that selling out the kids hasn’t worked out in the long term.

2021 DSL NATIONALS
One of the first things we noticed when they started up play was how few guys were left from 2019 – about a half-dozen. The Nats had, after all, been skewing younger after years of signing (what they hoped would be) “late bloomers.”

The thing to watch for next year will be how the Nats (and everyone else, really) handle things. With one less short-season team (at least for the Nats), some of the DSL guys may repeat simply because there isn’t enough room in the FCL, presuming the Nats don’t or won’t field a second FCL Team (three organizations fielded two FCL teams, four fielded two AZL teams).

Honorable mention to 17-y.o. 1B Jhoan Contreras, who split time between 1B and DH with Tejeda, and 18-y.o. Eliel Marcano, who issued just two walks in 24IP.Folks interested in seeing the full team’s statistics can find them here.