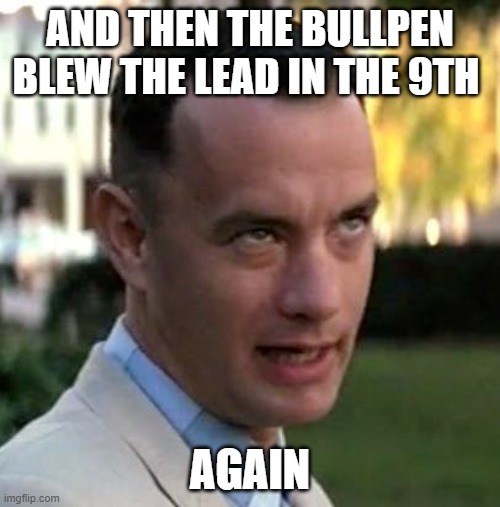 But then came the 9th, where it was SSDD as the Washington ‘pen coughed up five runs to turn a four-run lead into a 7-6 loss to Houston.

The start went to Austin Voth, who pitched the 1st and set the side down in order. Like yesterday, the pitchers came in and out one by one for one inning until the 9th, when Jacob Condra-Bogan faced five batters and put them all on base via three hits and two walks before leaving.

The loss went to Condra-Bogan while his successor, Matt Cronin, was charged with a blown save for unloading the bases with a single, a hit batsman, and a sacrifice fly sandwiched between two whiffs.

The game was played with 20th-century rules instead of the 19th, which meant Drew Mendoza got the start as the designated hitter. Tres Barrera was the first catcher.

Mendoza grounded into a double play, walked and scored on a Josh Harrison two-out single, and struck out. Barrera lined out to short in the 3rd and drew a walk in the 4th.

Here’s a rundown of how the rest of the Watchlist players (and notable minor-leaguers) fared:

The Nats return to action tomorrow against the Marlins in West Palm Beach.