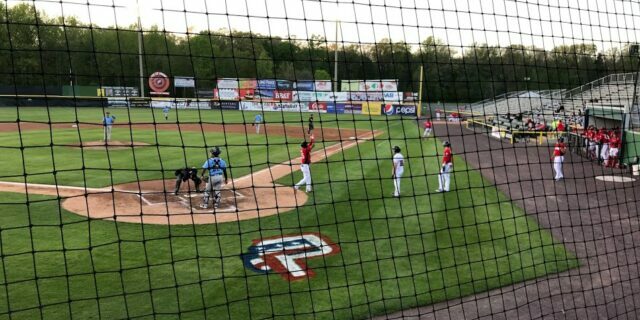 A little less than a year and a half ago, this guy ate up High-A like a HS football team at a Sizzler. Ten months earlier, the Nationals starting CF finished his 116-game, 28-HBP tour through Woodbridge. Five years before that, the should-be Gold Glover, Silver Slugger third baseman passed though in two games in April and seven in August.

A total of seven of the 25 players on the 2019 World Series roster were drafted and/or developed by Washington, with Stephen Strasburg (who debuted at AA in ’09 and thus skipped Woodbridge), Ryan Zimmerman (who spent four games at Low-A Savannah in ’05 and missed the exit off I-95 and ended up in Harrisburg; they let him stay anyway), Michael Taylor (who spent two full seasons at the Pfitzhole), and Wander Suero (who toiled for eight full seasons, and part of a ninth in the minors) rounding out the list.

Ten more came via trades — most notably, starting SS Trea Turner and RF Adam Eaton; infamously, LHRP Sean Doolittle — which means that “our guys” were sent packing for other organizations.

Last night was the culmination of what we’ve been following here since 2009. It will be extremely difficult to repeat (thanks in no small part to those trades). But for the next few days, it’s time to celebrate.