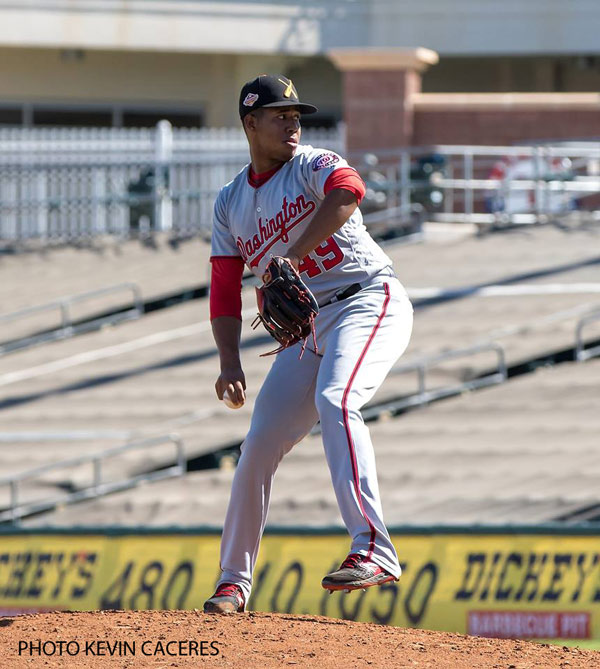 A three-run 7th broke open a 5-4 game as the Rafters beat the Saguaros, 8-5 yesterday afternoon.

The entire Nats pitching contingent made an appearance, beginning with L.L. (Luis “Livan”) Reyes, who made his third start. Reyes was credited with the win after allowing three runs on seven hits (two HRs) and a walk. He struck out one (1) over four and 2/3rds and threw 83 pitches, 50 for strikes.

Ben Braymer stranded two for Reyes while getting out of the 5th but gave up one in the 6th on two hits. After four appearances (5IP) his ERA is still 9.00 and his WHIP is a Kelley-esque 1.80.

Taylor Guilbeau and Jordan Mills both followed with a goose egg, with Guilbeau issuing a walk and Mills fanning a batter. Their ERAs lowered to 2.08 and 1.42 over 4⅓ and 6⅓ innings, respectively.

Carter Kieboom started at SS and drew a walk but was hitless for the sixth time in eight games. Tres Barrera started at catcher and went 1-for-4 at the plate and 1-for-1 throwing out would-be base thieves.

The two teams switch venues and play this afternoon in Salt River.

Yesterday, officials from the city of Auburn, NY and Cayuga Community College broke ground on a project to convert the grass field at Falcon Park to artificial turf for use by the latter for teams in multiple sports. Our local contributor, James Farrance, was on hand: 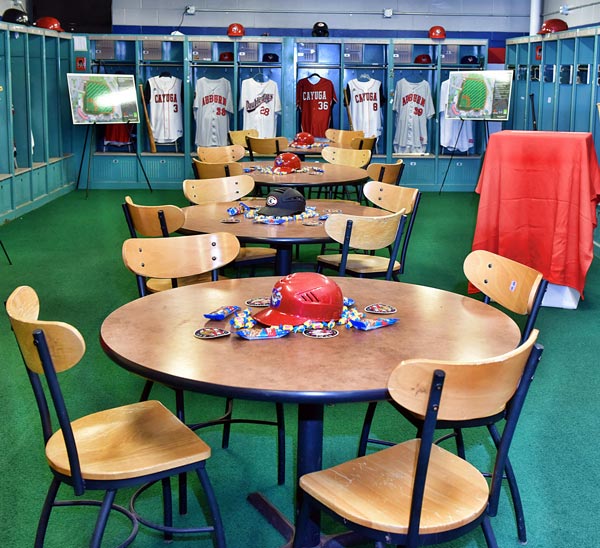 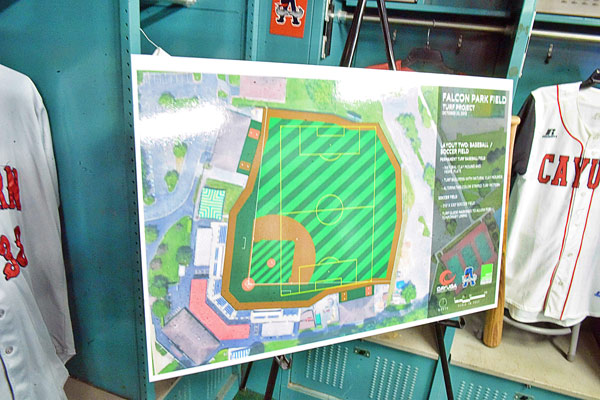 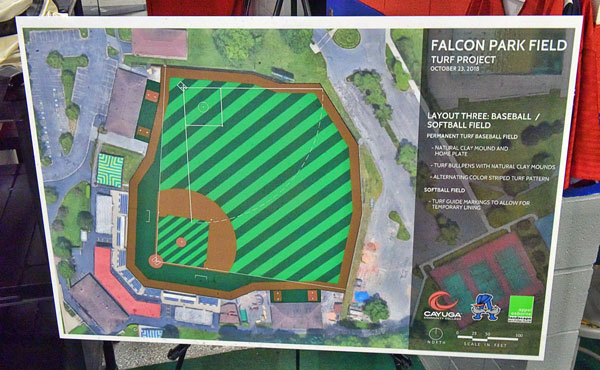 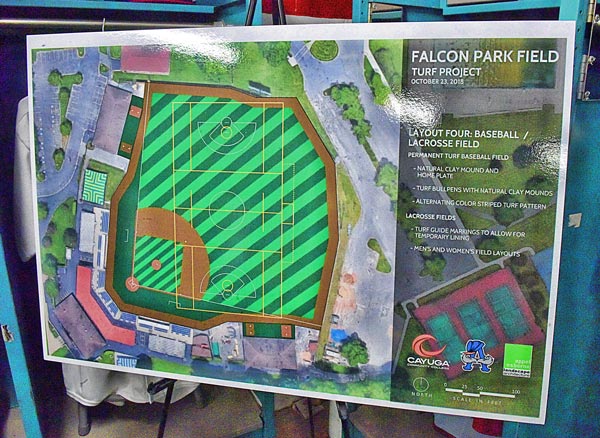 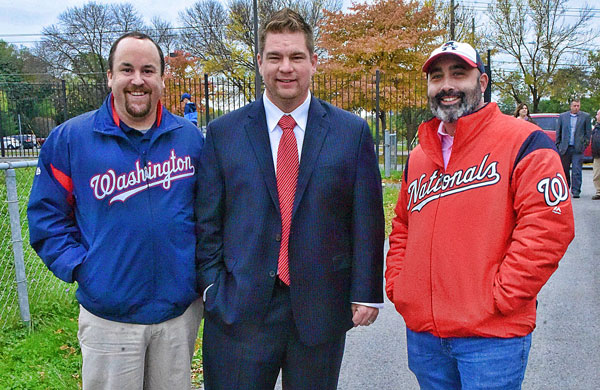