The quest for win #82 was denied last night for the big club, which finishes in Colorado this weekend. The bigger question is whether Max Scherzer will pitch tomorrow if the Rockies clinch tonight – for which some folks are rooting for other reasons.

But there are plenty of other places to discuss that, though with the local NFL team not 0-3 or 1-2 there won’t be as many…

KIEBOOM, GARCIA #2 and #3 on BA CAROLINA LEAGUE TOP 20
As predicted, BA took the lazy way out and named Carter Kieboom to a second Top 20 list and Luis Garcia to his first of what will undoubtedly be two lists. Unlike last year, nary a word was spoken about either Nats prospect in the Top 20 Chat for the league.

MLB PIPELINE PUFF PIECE
If you’re interested in the company line on Kyle Johnston, Nick Raquet, and Jackson Tetreault, MLB Pipeline has you covered. About all we can glean from this article is the semi-confirmation that Mason Denaburg did not have surgery. 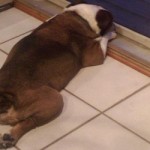 It may be early in the offseason for us, but it’s too late for these guys (released):
• C’s Jeyner Baez, Joey Harris
• OF Nick Choruby
• IF Paul Panaccione (retired)
• RHPs Carlos Pena, David Smith
• LHP Yonathan Ramirez

THE 2018 GCL NATIONALS
After a two-year run of contending in the GCL East, the G-Nats returned to the cellar in 2018 for their sixth losing season in the 2010s. The reason why is pretty simple: They were dead last in the GCL in pitching at 5.68 R/G despite facing just one (1) of the league’s top offenses (the G-Cards, who were the league’s best at 6.2 R/G).

Picking the pitchers was especially tough. As aforementioned, this group was the worst in the league. Just two pitchers started more than five games, which almost qualified them in and of itself, but both of them (Strom and Gomez) had quite a gap between their ERAs and FIPs while well below the league averages for walks issued. Another pitcher was in his very first season at the age of 23 after missing two seasons. But Ryan Williamson is lefthanded and the organization is hurting for southpaws who can throw strikes.

It’s only marginally better for the batters, where Nos. 4 and 5 were below the league-average .240 GPA and one of them (Senior) was repeating the level. If you’re interested to see the entire team’s stats, you can find them here.