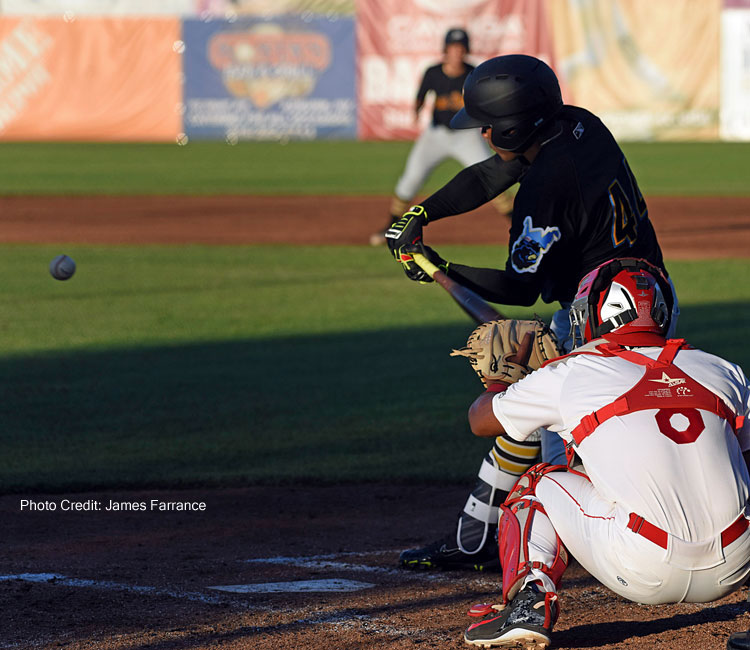 Altoona’s Mitch Keller dominated Harrisburg for eight innings as he and Montana DuRupau combined on a one-hit, 4-0 shutout. Logan Darnell lost for the fourth time while allowing the first three Curve runs on eight hits and a walk while striking out two. Carter Kieboom’s one-out single in the 1st and walks by Jake Noll and Adam Walker were the only baserunners for the Senators. Roster moves: RHP Ronald Pena promoted from Potomac; RHP Jeff Ames released.

The P-Nats struck in the first and took the rest of the night off as the Wood Ducks rallied for three in the 7th and two in the 8th to take the series opener, 5-1. Matthew Crownover pitched into the 7th for the first time this season and gave up the first three Down East runs on an Earl Weaver special. He gave up five hits and two walks total while setting down six on strikes in his sixth loss. Bryan Mejia was the only Potomac batter to reach base twice as they struck out 12 times and managed just five singles. Roster moves: RHPs Jeremy Hellickson, Brandon Kintzler rehab assignments ended; OF Telmito Agustin placed on 7-Day DL; RHP Matt DeRosier promoted from Hagerstown; RHP Sterling Sharp reassigned from Harrisburg; OF Nick Basto assigned from Washington (MLFA).

Three Hagerstown pitchers combined on a six-hit, 5-0 shutout of Delmarva. Kyle Johnston went the first six innings and gave up the first five hits, walked none, hit two batters and struck out four in his first win. Carlos Acevedo gave up the last hit in his single inning pitched while Jared Johnson threw two scoreless innings to seal the deal. Luis Garcia singled, doubled, and scored two runs while Jake Scudder drove in three while going 2-for-4 with a HR to lead the Suns offense. Roster move: RHP Rodney Theophile (18-y.o. IFA, signed last December) reassigned from the GCL.

The Doubledays exploded for four runs in the bottom of the 6th while the two Frankies combined on a three-hit shutout in the first of two. Peguero got the start and tossed five scoreless innings, allowing three hits and three walks while setting down one on strikes. Bartow was perfect for two innings to pick up his first professional win since leaving the Univ. of Miami. Jamori Blash, Israel Pineda, and Jason Martinson each went 2-for-3 to pace the Auburn attack.

Auburn completed the sweep and ran their win streak to three with a 3-2 win vs. West Virginia in the nightcap. Ryan Tapani got the start and the boot after two runs let in on three hits and two walks over two innings. He struck out none. Jhonatan German picked up the win in relief with two scoreless innings, one walk issued, and two whiffs. Jamori Blash drove in another run and went 1-for-3 with a run scored while Adalberto Carrilo singled and walked to lead the Doubleday offense. Roster moves: SS Kyle Marinconz, RHP Andrew Karp reassigned from the GCL.

The G-Nats broke out for four in the 3rd and held on for a 5-1 win over the G-Mets. Leif Strom made his second start and was peppered for four hits over two innings while issuing a walk and striking out three. The win went to Bobby Milacki, who allowed one hit and no walks over three scoreless innings. Jairon Peguero got the three-inning save with one run let in on three hits, no walks, and one whiff. He also hit two batters. Caldioli Sanfler, Alex Dunlap, and Jose Morales each had two singles to account for six of the eight G-Nats hits. Roster moves: C Onix Vega (20th Rd., Broward College), OF Jonathan Quintana (31st, Barry Univ.) assigned from Washington.