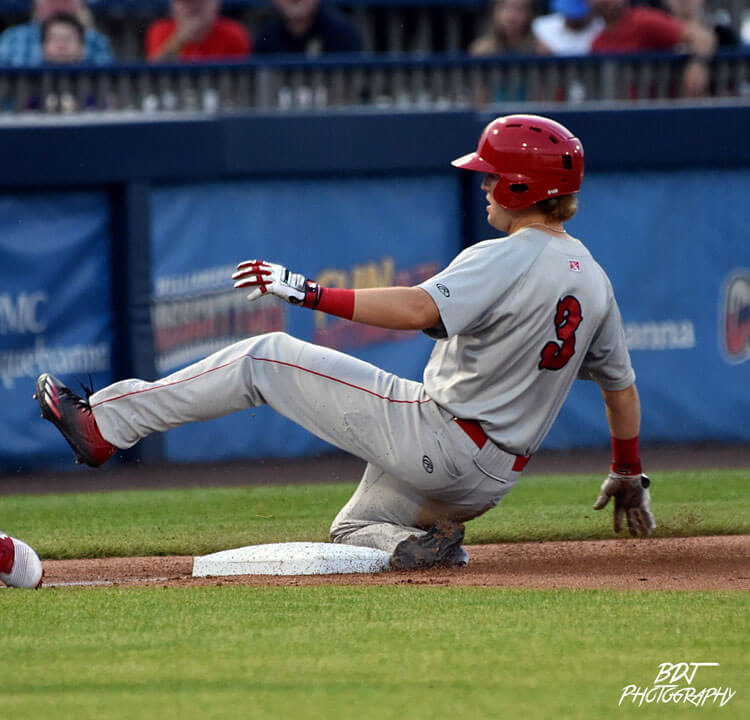 Yohanse Morel, We Hardly Knew Ye
Seriously, the 17-y.o. pitched just once almost three weeks ago for the D-Nats and gave up four runs on six hits over three and 1/3rd innings. But scouts from the Royals must have seen something they liked as he was included in the trade that dispatched longtime prospects Kelvin Gutierrez and Blake Perkins for a 3½ month rental of Kelvin Herrera.

As noted in the comments, this is not a bad deal. Gutierrez had improved his power numbers, but not to what you’d expect from someone of his size/build/position. Perkins had the swagger a 2nd round pick but the production of a 22nd rounder and was so visibly better batting righthanded that we wondered aloud—when the Pfitzner PA system wasn’t blasting at 90-100Db—that maybe he should give up switch-hitting. Perhaps we’ll see it soon, since Perkins was assigned to Wilmington, who come to Woodbridge on Thursday. Meanwhile, Gutierrez has been assigned to the Northwest Naturals in the Southern League and Morel will head west to pitch for the AZL Royals.

Harrisburg – OFF DAY
The Senators resume their seven-game homestand with four against the BaySox. Harrisburg, which is tied with Altoona for second place in the E.L. West, has gone 10-6 in the month of June.

Potomac – ALL-STAR BREAK
Tonight is the Carolina League All-Star Game, which includes eight players from Potomac and will be held at Five County Stadium in Zebulon, NC.

Hagerstown – ALL-STAR BREAK
The two Nicks – Banks and Raquet – will be in Greensboro tonight for the Sally Lg. All-Star game, along with manager Patrick Anderson.

Williamsport broke a 3-3 tie with a four-run 8th for which Auburn had no answer in the 9th and lost, 7-3. Francys Peguero made his first appearance since August 26, 2016 and gave up a run over four innings on four hits while striking out four. Gilberto Chu was lit up for two in his first inning of work and gave up the aforementioned four runs in his last inning, finishing with nine hits allowed, no walks, and two walks over three and 2/3rds innings. Adalberto Carrillo and Ricardo Mendez both went 2-for-4 while Nick Choruby (pictured above) tripled once and scored twice to pace the Doubledays attack.

You can’t expect to give up 10 walks and win. The G-Nats did not as they were doubled up 6-3 in the season opener. Brigham Hill gave up one hit, one walk, and one unearned run over three innings and was “rewarded” with the loss. He struck out two. The trio of Elvis Alvarado, Joan Adon, and Jairon Peguero combined for nine BB’s over five and 2/3rds innings before Alfonso Hernandez came on in the 9th to strike out the lone batter he faced and strand three runners. Caldioli Sanfler singled twice, scored twice, tripled once, and stole a base to lead the G-Nats offense, which was held to just six hits. Roster moves: RHP Brigham Hill, C Alex Dunlap assigned from Hagerstown for MiLB rehab.