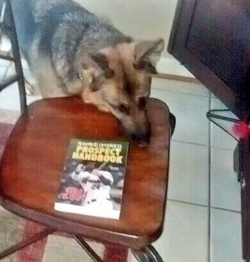 As those of you on the Twitters already know, the 2014 Baseball America handbook did indeed arrive in yesterday’s mail. The staff has been reviewing it and so over the next couple of days, we’ll discuss what they found.

Like two years ago, the moves made in November and December are not reflected in the book. This is frustrating, but understandable given how long it takes to produce, edit, and publish a 500+ page book. Therefore, Robbie Ray, Billy Burns, and Adrian Nieto were included in the book.

Folks with the interest in how the Nationals were ranked relative to the other 29 teams, will probably not be surprised that the folks from Durham placed Washington 21st. What is a bit surprising is that this is with fifteen different names than a year ago. It’s debatable how much further that would have dropped the Nationals, but given the conventional wisdom that the system is top-heavy, one or two spots sounds about right (H/T Brian Oliver for asking the question).

On that note, let’s take a look at what happened to last year’s Top 30:

Unfortunately, the ratio of players who are or will turn 25 by midseason hasn’t improved. In fact, it’s gotten worse — eight this year versus six a year ago, as only four 2013 draftees were added. The cynic in me is now starting to wonder how much of this is influenced by BA trying to market the book towards fantasy baseball folks by including some of edge-of-the-40-man types in the last third of the list. When you see #31 in the next post, you may understand why I might suggest something like that.

Without further ado, here are the Top 15 from the book, with last year’s ranking in parentheses. In the next post, we’ll look at nos. 16-31: