Jake Means’ two-run HR in the 7th was all Surprise could manage in a 5-2 loss to Peoria – the eighth in the stretch of the Sagauros’ last 13 games. Three Washington players were in the starting lineup, and one pitched in relief: Jackson Cluff struck out in each of his first three ABs before …

END_OF_DOCUMENT_TOKEN_TO_BE_REPLACED

Surprise fell into 4-0 hole early but this time the bats came alive with three-run 3rd and five-run 4th in a 9-7 win over Scottsdale. Just two Nationals players appeared in the game: Jackson Cluff led off and played shortstop, reaching base three times with two singles and a walk, scoring twice, stealing a base …

END_OF_DOCUMENT_TOKEN_TO_BE_REPLACED

Jackson Rutledge’s on-and-off Fall was off again as the Nats’ No. 9 prospect dug a 3-0 hole from which the Sagauros could not dig in a 12-5 loss yesterday. The 22-y.o. retired just two of seven batters faced and didn’t make it out of the 1st. He was charged with the aforementioned three runs on …

END_OF_DOCUMENT_TOKEN_TO_BE_REPLACED 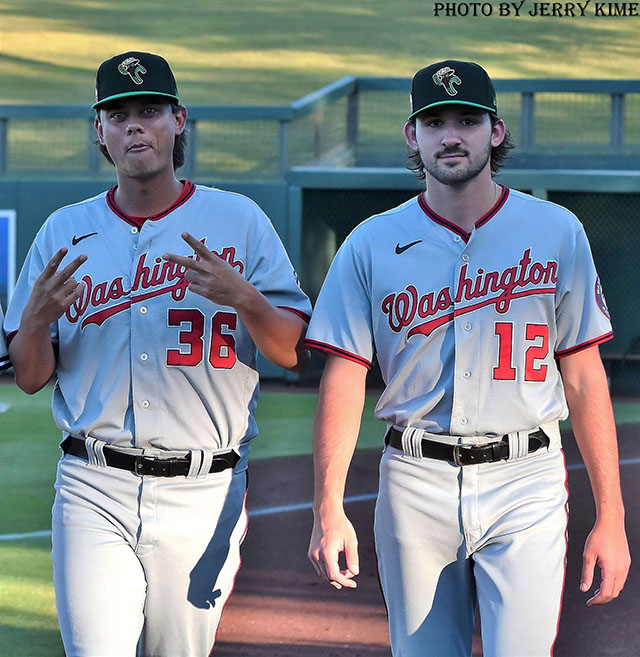 It was a very light night for the Washington contingent of Todd Peterson and Cole Henry in the AFL East’s 6-5 win over the AFL West.

Peterson was the sole National to appear, getting the last out of the 6th on a 4-3 groundout. He threw more warmups (8) than pitches (6).

Surprise currently leads Glendale by one game with five games left to play for the Saguaros, four for the Desert Dogs. It appears that ties are not being counted in the standings, which could come into play if the two teams finish with the same number of wins. They also play each other for the final game of regular season on Friday.

A two-out solo home run off in the bottom of the 7th secured a 4-4 tie between Surprise and Mesa. Drew Millas shifted back to behind the plate and drew three walks in as many plate appearances. He scored one run and had ten putouts (all strikeouts) on defense. Jackson Cluff was the Sagauros’ No. …

END_OF_DOCUMENT_TOKEN_TO_BE_REPLACED

A seven-run 7th was the difference as the Sagauros put down the Desert Dogs, 11-7 and reclaimed first place in the AFL West. Once again, two position players were in the lineup while a reliever made an appearance: Jackson Cluff, candidate for the Final 2 vote, led off and played shortstop. He went 1-for-5 with …

END_OF_DOCUMENT_TOKEN_TO_BE_REPLACED

No AFL game but yesterday the “Fall Stars” were revealed, giving us the lone Washington representative: Cole Henry. The game will be televised this Saturday at 7 p.m. on the MLB Network, so set your DVRs. Good news: No Tom Verducci, who is the answer to the question: “Is there anyone worse as color analyst …

END_OF_DOCUMENT_TOKEN_TO_BE_REPLACED

Surprise pushed across a single run in the 4th but the Sagauros ‘pen needed more as they were walked off in the 9th for a 2-1 loss to the Scorpions. The Nats had two position players sandwiching the ends of the lineup while Cole Henry appeared in long relief. Jackson Cluff led off and played …

END_OF_DOCUMENT_TOKEN_TO_BE_REPLACED

The Rafters paddled Jackson Rutledge for runs in each of their first three “ups,” but the Sagauros were able to cover for him for a 4-3 win in seven innings. Rutledge settled down to put up a goose egg in the 4th and got the first two outs in as many batters before giving up …

END_OF_DOCUMENT_TOKEN_TO_BE_REPLACED 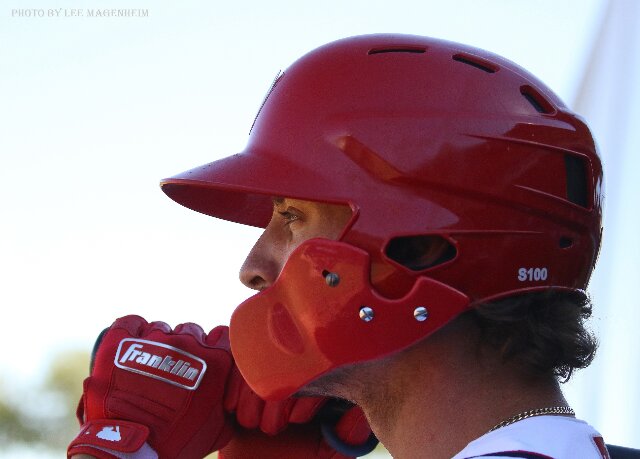 Surprise’s woes continued in a 12-9 loss to Mesa – the Sagaruos’ fifth loss in the last six games.

Three Nationals were in the Surprise starting lineup:

The Sagauros (13-8) return to action tomorrow afternoon as they host the Rafters.