It was a pitcher day in the Arizona Fall League yesterday for the Nationals contingent as three relievers appeared in a 12-10 Sagauros win in 10 innings.

(Click on the images below to see full size)

AFL Fall Star Andrew Lee (yes, I messed that up yesterday; tell ’em Red) was the first man out of the Surprise ‘pen but saw his perfect ERA spoiled as the Solar Sox got to him for two runs on four hits over 2/3rds of an inning.

Lee was charged with a blown save. He threw 21 pitches, with 12 going for strikes. 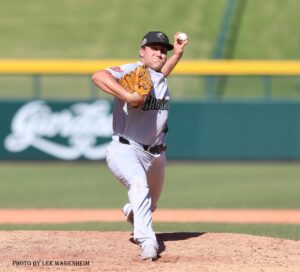 Nick Raquet came on in the 5th with two on and no one out. He let in one of those runs on a sac fly while finishing the inning, thought he walked two. In his second inning of work, Raquet gave up two runs of his own on two hits and a third walk. 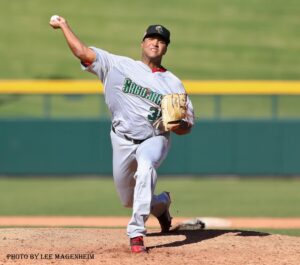 Jacob Condra-Bogan came on in the 8th and followed the regular-season Nats script with a pair of one-out walks to put the game in danger, but then bore down like the post-season Nats and got out of the inning unscathed.

He threw 17 pitches, six for strikes (yes, there was a double play).

With the win, Surprise improves to 11-6, one game up on Peoria. Today, the Saguaros visit the Scorpions for another afternoon game.

KJ HARRISON JOINS SAGAUROS
Per Lee, the latest Surprise roster has K.J. Harrison replacing Jakson Reetz. No word on the severity or nature of Reetz’s injury, which was suffered while running the bases last Saturday.